Love versus Hate is the Eternal Battle within each of Us 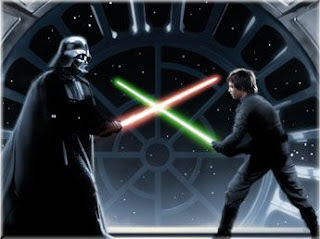 The differences we see in the world today are the result of polarization between those filled with hate and those filled with love.  You can find both types of people in any religion on the planet.  I have seen both hateful and loving Christians in the same church as well as hateful and loving Jews in the same synagogue.  Some religions contain more haters than others.  So what is it that makes the difference?

The difference is in the individual’s world view.  Those that acknowledge a creator and believe that the purpose in life is to bring the Creator’s love from heaven into the physical realm realize that they are one of many in all of creation.  They seek love and balance in life and strive to treat their fellow man and the rest of creation with respect.  Their driving goal is to do what is right and good for all.  They are humble in spirit and realize that they know very little about the Creator other than experiencing the created physical reality that they exist in.  They desire to live in harmony with all of creation.

The other group of people see the world here to serve all their selfish desires.  Instead of loving others and all of creation, everything around them is valued only as it serves to meet their needs.  They are like narcissistic children who never matured and grew up.  They are filled with arrogance in thinking only their world view is correct and as a result want to silence all others.  They are more attached to the physical world then the spiritual world and often deny the existence of a creator or other dimensions, including the heavenly one.  They are driven to conquer, use, and abuse others as well as any resources they desire.  They take what they want with little regard for anyone else.  Deep down their spirit knows the truth, but their self-love blinds them to it.

So the question arises, how do these two groups co-exist?  The answer can be seen in the traditional family unit.  As a father of six children, I remember when two of my children were arguing about the existence of the tooth fairy.  Within a short time their argument had escalated into hitting each other.  I immediately stepped in and stopped the fight.  As a father I understood that the younger child would eventually grow and mature.  In doing so he would learn, accept the truth, and abandon his belief in the tooth fairy.  So I took the older sibling aside and explained things to him.  I told him that fighting with his younger brother would not change his brother’s opinion on the tooth fairy.  That his brother was too young to understand and desire the truth of the matter.  I told him to ignore his brother and let him remain on his learning path to truth.  If his younger brother tried to fight again, then I would discipline him.  As a parent, I just wanted them to get along and love each other while allowing for individual growth and acceptance of truth.

The Creator has given us existence to discover His truths revealed in his creation.  Just like I wanted my children to tolerate different views and love each other, the Creator desires us to do the same.  We are all on a path to truth unless we already think we know it all and are filled with pride and arrogance.  And what if we continue to fight others and the fight escalates?  The Creator will reach into our world with discipline.  Discipline that He has built into the world in which we live.  To avoid this discipline, everyone needs to stop hating and start loving those around us!

In the meantime, those that are filled with love and humbleness should love all of creation within established boundaries.  You always love the other person, but you have every right to defend yourself against any hatred and harm that an individual may attempt on you.  I love and respect wildlife, but if a bear tears into my tent, I will do everything I can to defend myself and my family, including harming or even killing the bear.  The consequences to the bear all depend upon the bear’s behavior.
Posted by Daniel Duffield at 8:44 PM