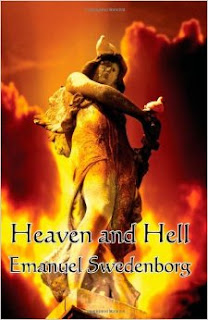 In the past couple of years I did some investigations into near death experiences by reading three books that told near death experience stories.  The books were 1) Heaven is for Real by Todd Burpo; 2) Visions of Glory as told by John Pontius; and 3) Proof of Heaven by Eben Alexander, M.D.  I would highly recommended all three books to see the common threads of the experiences from that of a little boy who died, to a Mormon, to an agnostic neurosurgeon.  The only real differences in the three stories were the theological perspective of the stories being told.

In Heaven is for Real, the little boy saw heaven as reflected by the theology of his evangelical-pastor father.  In Visions of Glory the stories and visions reflect the Mormon theology.  The story teller sees other righteous people in heaven who had not been Mormon, but assumes that they must have converted to Mormonism at some point in order to be in heaven.  Both the little boy and the Mormon see Jesus in their near death experience.  In Proof of Heaven, the neurosurgeon, Eben Alexander, experiences heaven without memories due to his damaged cerebral cortex.  In contrast to the little boy and the Mormon he does not see Jesus.  He sees only God who is energy emanating pure love from a concentrated source at the center of heaven.  The notion that God is pure love seems universal in all of these near death experiences.

After reading these books, I read a fourth book titled Heaven and Hell by Emanuel Swedenborg.  According to Wikipedia, Emanuel Swedenborg was born on 29 January 1688 and died 29 March 1772.  He was a Swedish scientist, philosopher, theologian, revelator, and mystic who is best known for his book on the afterlife, Heaven and Hell published in 1758.  In this book on the afterlife, Swedenborg saw different religious communities in heaven, but all within the community were good people filled with love.  Even though their theology was incorrect, they were in heaven because love connected them to God and others.  Angels were in the community instructing them in the truth.  There was even a Muslim community of loving people who were told that they had followed a false prophet, but were good people and had God’s love within themselves.

In Swedenborg’s book, God’s light was concentrated in the center of heaven and the further from the source of light the darker it appeared.  There were many people on the outskirts of heaven where it was quite dark.  These souls were self-centered, hateful ones that refused to learn and move towards God’s love, light and truth.  They preferred to bicker and fight with each other.  Interestingly, angels were present in their midst trying to instruct them in the truth, but they seemed blind and deaf to the angels presence because of their self-love.  A soul’s position in heaven seemed to be determined by the level of self-love of the soul with those souls with the most self-love in the furthest, darkest reaches of heaven.  A place that they had put themselves in by their choice to love themselves above God and others.  In essence they had voluntarily separated themselves from God and created their own hell and were surrounded by other souls filled with self-love with which they quarreled, each soul seeking to establish themselves above the others.

Near death experiences of today seem to support Swedenborg’s view of heaven where God is pure love and those filled with love are in communities in heaven that reflect their particular religious views.  We are all on different spiritual paths that reflect our religious beliefs and myths.  We are all on a path of learning and seeking spiritual truth.  The key to staying on the path and progressing is in the amount of God’s love that we channel through us.  For we are all connected to the source of life itself (God) and have free choice to allow his love to flow through us to be a blessing to this world and those around us.  We all comprise the physical body of our Creator, if we choose to be filled with God’s love and implement God’s will.  So, be the best part of God’s physical body that he created you to be!  If you were created to be a teacher, be the best teacher you can be.  If you were created to be a cook, be the best cook you can be.

Humans were created as composite beings, both physical and spiritual.  By choosing selfless love over selfish love, we are choosing to emphasize our spiritual nature and rise above our animal nature.  Choose to be a human and not an animal.  Be the best human you can possibly be and fulfill the tasks that the Creator has designed you for.

Posted by Daniel Duffield at 7:59 PM No comments: