A Reminder from God of our American Pharaoh 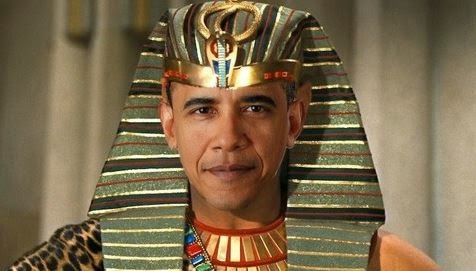 On Saturday, May 2, 2015, American Pharaoh won the 141st Kentucky Derby in Louisville, Kentucky.  There are no coincidences in this world.  I believe that God orchestrated the winner of this race to remind His people of a pattern that seems to be playing out in our country today.  I came upon this pattern in 2009.  I have a friend that lives in the West Bank of Israel that I visited them.  He pointed out numerous times how the weekly Torah reading (Parshah) that Jews read and study often parallel world events.  The Jews have been following a set reading schedule that starts at Rosh Hashanah (Jewish New Year) each year with the very first portion in Genesis.  This schedule is designed so that the entire Torah (Genesis, Exodus, Leviticus, Numbers, and Deuteronomy) can be read each year.

About that same time, I heard of one striking example of how the Torah reading paralleled world events from Bill Cloud, a Hebraic Restoration teacher.  He noted that the Torah reading for the week of the Presidential Inauguration for President-elect Obama was Exodus 1:1 – 6:2.  There is an excellent commentary by Rabbi Ariel on this Torah portion at his website koshertorah.

As a short summary, this portion of scripture focuses on the arrival of a new Pharaoh over ancient Egypt who knew not Joseph.  This new Pharaoh either didn't understand Joseph’s role in Egypt’s history or he did respect Joseph’s historical contribution to Egypt.  Pharaoh was concerned about God’s people, the Hebrews, being too powerful in Egypt and taking over ruler ship.  The first thing Pharaoh did was set up task masters to make things harder for them by taxing them.  Eventually he enslaved the Hebrews (which would likely have meant disarming them).  Next he tried to increase their mortality rate by killing babies born to the Hebrew women.

Those with eyes to see will notice that the parallels are striking to what we are seeing happening in our country. We have a new Pharaoh that knows not Joseph.  He ignores the founding fathers and what the Judeo-Christian heritage did in contributing to our country.  His goal is to enslave God’s people.  Taxes are increasing.  We are surrendering our freedoms willingly for the sake of peace and security.  We serve our government task masters by paying more taxes to the ever expanding federal government.  Gun control is being aggressively pushed to disarm us since our rulers fear us Bible believing, gun toting folks.  And we are transitioning into Obamacare which will work to increase death rates with death panels and government funded abortions.  Just as King Solomon observed thousands of years ago, there is nothing new under the sun.  When evil grows it uses different personages but with the same old techniques and approaches.

So what lies ahead for us?  If we continue to follow the Biblical narrative we can see where we as a country are headed.  Our country will be experience plagues (judgments) sent by God.  Our freedoms will continue to erode the more government takes over and we will become more enslaved.  Our country will transition into a place that doesn’t even resemble the place we grew up in.  I already hear my friends and neighbors expressing fear for what is happening and wondering where they can go to maintain their freedoms as the choice is very limited.

As I stated in my very first blog, we don’t need a George Washington to fix our country.  We need a Moses to lead us out as we follow God in the Second Exodus of His people back to Greater Israel.  I believe that is where this is all headed.  That is the reason that I started this blog.  Everyone seems to be asleep as to what is going on.  The Sleeper must awaken!  I pray that the words of this blog will stir the slumber and help folks see with the eyes and hear with their ears what God is doing.

The prophets of old were clear in the scriptures.  God will establish His people in His land for His Glory!  Are you among God’s people?  Jewish teaching is that only about 20 % of the Hebrews left ancient Egypt with Moses.  The other 80 % chose to stay where they were accustomed to living even under what became harsh circumstances.  The choice is coming soon and the decision is yours.  Choose wisely!  God is watching and waiting for signs that we are awake!

Isaiah 11:10-16 - Then in that day the nations will resort to the root of Jesse, who will stand as a signal for the peoples; and His resting place will be glorious.  Then it will happen on that day that the Lord will again recover the second time with His hand the remnant of His people, who will remain, from Assyria, Egypt, Pathros, Cush, Elam, Shinar, Hamath, and from the islands of the sea.  And He will lift up a standard for the nations and assemble the banished ones of Israel, and will gather the dispersed of Judah from the four corners of the earth.  Then the jealousy of Ephraim will depart, and those who harass Judah will be cut off; Ephraim will not be jealous of Judah, and Judah will not harass Ephraim.  They will swoop down on the slopes of the Philistines on the west; together they will plunder the sons of the east; they will possess Edom and Moab, and the sons of Ammon will be subject to them.  And the Lord will utterly destroy the tongue of the Sea of Egypt; and He will wave His hand over the river with His scorching wind; and He will strike it into seven streams and make men walk over dry-shod.  And there will be a highway from Assyria for the remnant of His people who will be left, just as there was for Israel in the day that they came up out of the land of Egypt. (NASB)
Posted by Daniel Duffield at 8:52 PM