Synchronicity of Events: There are No Coincidences! 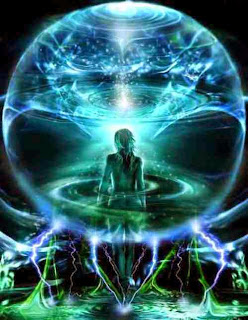 According to Wikipedia  “Synchronicity is the occurrence of two or more events that appear to be meaningfully related but not causally related.  Synchronicity holds that such events are "meaningful coincidences".  The concept of synchronicity was first defined by Carl Jung, a Swiss psychiatrist, in the 1920's.  Jung  believed  that life was not a series of random events but rather an expression of a deeper order.  This deeper order led to the insights that a person was both embedded in an orderly framework and was the focus of that orderly framework and that the realization of this was more than just an intellectual exercise, but also had elements of a spiritual awakening.  From the religious perspective, synchronicity shares similar characteristics of an "intervention of grace”.   He also believed that in a person's life, synchronicity served a role similar to that of dreams, with the purpose of shifting a person's egocentric conscious thinking to greater wholeness.”

At Tomer Devorah, a Jewish blog that I frequent, I recently read the following:

“I don't know if you are aware, but after the World Trade Center was attacked on 9/11 - much later, in fact - some people began to find allusions to the date in movies, TV shows and music videos from the time period leading up to it. It's a very fascinating study.  (4 minute video hitting the high points)

Conspiracy theorists believe that the Illuminati has their minions encode the date in the open this way in order to announce their future intentions - "Everything the Illuminati do they first broadcast it via CODES planted in movies, sitcoms, cartoons, commercials. They literally OWN the MEDIA...."  That may be. I really don't know. But, I have an alternative theory.


Creative minds are very open to inspiration. I think that inspiration comes through spiritual perception - that if, say a bat kol makes an announcement, they can subconsciously pick up on it and reveal it through their creative works.

Far from being a pointless exercise, I think this idea bears more research, because a new date has been "announced" so to speak - the 22-23 of September - which this year just happens to be Yom Kippur 5776 or Motzaei Shvi'it!”

Her blog post resonated with me as I came to the same conclusion some time ago because of a personal experience that I had.  I am an author and am currently writing the third book in a series on ancient Ireland.  The books are historical fictional novels set in the time period around 400 CE.  As I finished my second book, “Sons of Niall”, I had the main character touch the Stone of Destiny on the hill of Tara where the high kings ruled.  The Stone reacted with a loud series of thunder claps anointed him high king.  The existing king tried to kill the newly anointed ruler and he fled to Scotland with a piece of the Stone of Destiny that had been fractured during the anointing by lightning.  He set sail on a Viking trading ship that was going to Scotland which is how I ended this second book.

When I began doing research for the third book in the series, I started by research who the king would have been during this time period in Scotland.  To my amazement, a king came to power at this time that was called Fergus the Great.  What was amazing about this king is that he had been exiled as a baby to the Vikings when the Romans attacked Scotland.  He returned to Scotland as a young man from Ireland bringing a piece of the Stone of Destiny with him just like in the ending of my second book.  I had no prior knowledge of this since all my research for the first two books in the series was exclusively on the ancient history of Ireland and not on Scotland.  The only way I could have possible written this into my storyline was through inspiration from spiritual sources.  In other words, I thought it was my own creative idea, but it was not as it actually had happened historically without me knowing it.

God speaks to us through an interface with the spiritual realm, either through creative thinking or in dreams.  These messages and information can come to anyone, not just God’s people.  An example in the Bible is King Nebuchadnezzar of Babylon.  Even though he was not initially a believer in the God of Israel, he had dreams that came from God.  These dreams when interpreted by Daniel, revealed future world empires and future events.  I believe much of the predictive information that occurs beforehand in movies, TV shows, and music videos, are messages from God and not the Illuminati announcing future intentions.  There is no way the Illuminati can predict natural disasters like what happened in Japan with the earthquake damage to their nuclear reactor at Fukushima.  God is one and speaks to all mankind.  In Joel  Chapter 2 verses 28-29 which relate to the End of Days it states:  “It will come about after this that I will pour out My Spirit on all mankind; and your sons and daughters will prophesy, your old men will dream dreams, your young men will see visions.  Even on the male and female servants I will pour out My Spirit in those days.  (NASB)

God is speaking to all of us.  He is speaking in his written word.   He is also speaking to us through everything in our lives, including movies, TV shows, and music.  He speaks to us through the people we meet and through the circumstances we encounter in life.  There are no coincidences in this world.  The key questions to ask yourself is “Are you paying attention and are you listening?”  God often speaks in a small, still voice.  You have to pay attention to hear Him speaking to you.
Posted by Daniel Duffield at 7:41 PM